← more from
K
Get fresh music recommendations delivered to your inbox every Friday.
We've updated our Terms of Use. You can review the changes here.

The Mechanics of Hovering Flight (KLP238) 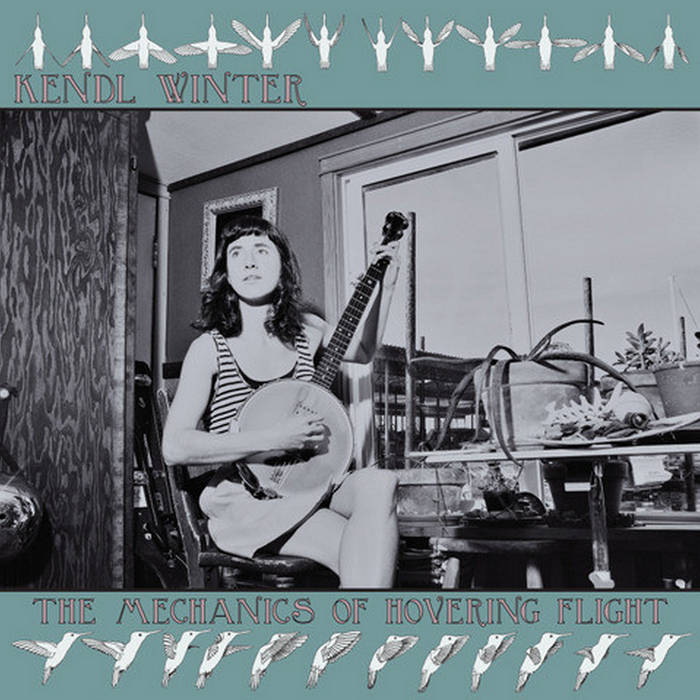 In a year of constant touring with her many projects, Kendl Winter has taken her love of superstition to the birds, literally: bluebirds mean good luck, chickadees mean call home, and a whippoorwill's morning song is a sign of a good day. And so it follows that she would name The Mechanics of Hovering Flight [KLP238], her second full-length K release, for the hummingbird and its opposing ideas of flight and motionlessness. A traveler, a dreamer, a banjo player, Kendl sprouts alfalfa beans in mason jars in the back of her tour van and counts the days until she returns home to her house boat to write songs on her banjo through the rainy afternoons.
Growing out of her previous release, Apple Core [KLP224], some songs on The Mechanics of Hovering Flight are folk. Some are bluegrass. Some smack a bit more of country, with twangy guitar and foot-stomping rhythm, but somehow Kendl has created an album that is one moving piece, that tells a story between the liner notes. Perhaps it is her voice. Unwavering, at times haunting, Kendl's song reminds one of the legendary Lucinda Williams. Perhaps it's her pure dedication to writing the perfect song that serves her so well—to write a song that plays to the seasons, to the harvest, and speaks to the truth about life. About love. About the simple love of a singer and her banjo.
Recorded with Calvin Johnson at Dub Narcotic Studio, the thirteen songs of The Mechanics of Hovering Flight are fluid and rich. In line with her organic vision, Kendl invited her friends to record and sing on many tracks. Her partner Joe Capoccia plays bass, Austin Cooper and Kevin Raspberry play the drums, Derek Johnson plays cello and buddy Pam Margon plays fiddle. Their joy and spirit of community are palpable, even in the darker songs of the album. But it is Kendl who is storyteller, who takes the listener by the ears and holds them, captivated, until she is finished. Kendl, the superstitious woman that she is, has noticed that since she gave her album a name for the hummingbird, hummingbirds have appeared almost everywhere in her life. Coincidence? Perhaps. But surely a sign of good to come, and certainly of more songs that, if nothing else, are wholly true.

Bandcamp Daily  your guide to the world of Bandcamp

The Hammer and The Relentless from the Boston band Malleus stop by for a chat.